ST. LOUIS (AP) — A Missouri mother who reported that her infant...

Backers say the plans could generate billions for the area and up... 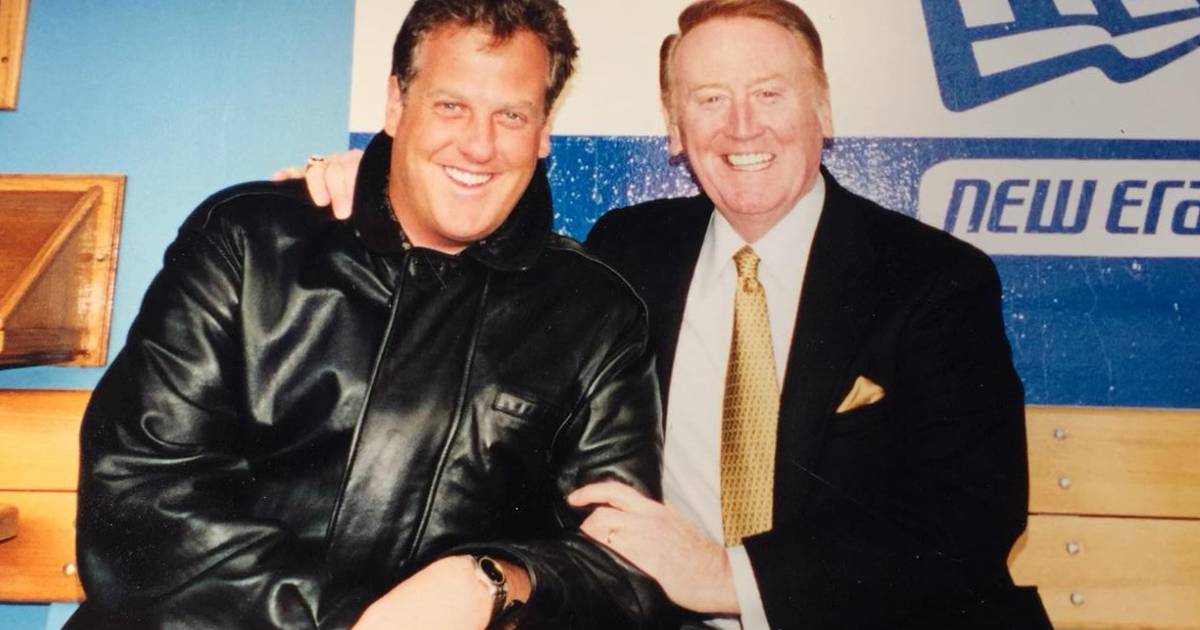 Vin Scully spent nearly six decades of his prolific play-by-play career calling Dodgers games in Los Angeles, but the Hall of Fame broadcaster was New York through and through.

Born in the Bronx, Scully immortalized himself locally as the voice of the Brooklyn Dodgers’ 1955 World Series championship before owner Walter O’Malley moved the team to Southern California less than three years later.

Throughout his life, Scully remained involved with the WFUV student radio he helped found at the Bronx’s Fordham University — and continues to inspire alumni including the YES Network’s Michael Kay, Ryan Ruocco and Jack Curry.

“He was one of ours,” Kay, the Yankees play-by-play announcer for YES, told the Daily News. “He started here, and if it wasn’t for Walter O’Malley, he would’ve done his 67 years here.

“We take pride in New Yorkers that do well,” Kay said. “Frank Sinatra from Hoboken probably spent most of his life in California, but we looked at him as one of our own. Vin Scully was one of our own: somebody from the boroughs who actually became the greatest of all time.”

This Tuesday would’ve been the 95th birthday of Scully, who died in August. Scully retired from broadcasting in 2016 at age 88, nearly 70 years after debuting in the Dodgers’ booth alongside Red Barber and Connie Desmond in 1950.

He became the Dodgers’ main announcer in 1954, moved with them to Los Angeles in 1958 and continued to call their games even as he joined CBS and NBC’s national broadcasts of MLB, NFL and PGA Tour events, including numerous World Series.

“He was poetic,” says Curry, a studio analyst for YES’ Yankees coverage. “He described a baseball game in a way that if the rest of us had a day to prepare, had already watched the game and could put all our notes together and tried to make it sound lyrical and beautiful, we wouldn’t be able to do what he was able to do in real time.

“I would watch Vin Scully on TV broadcasting Dodgers games, and I would find myself closing my eyes just because I’d rather hear his descriptions almost than see what was going on.”

Scully was a Fordham student when he helped found WFUV in 1947. The station — which also counts ESPN’s Mike Breen and Tony Reali, CBS’ Spero Dedes and Giants radio announcer Bob Papa among its alumni — honors sportscasters with a lifetime achievement award named after Scully.

“Vin really set this standard for being this genuinely good man who was so admired and loved and caring, and I truly think if you look at the broadcasters that we have from Fordham, the way that every single one of them extends a hand to other people is incredible,” says Ruocco, who calls Yankees and Nets games for YES, and NBA and WNBA games for ESPN.

“I don’t think it happens everywhere in such a competitive, cutthroat industry, but it does happen at Fordham. … Vin was the first person to light the torch for all of us to follow in that regard.”

Ruocco says advice Scully gave him as a college student during an over-the-phone workshop at WFUV became a foundational part of his play-by-play approach.

“It’s something that he learned from Red Barber. … ‘Remember, there’s only thing you can bring in the booth that nobody else can, and that’s yourself.’ … It was interesting hearing him talk about it because he took it to the point that he never even wanted to listen to other broadcasters at all,” Ruocco said. “He did not listen to other broadcasters because he didn’t want to have what he thought was his style influenced.”

Scully also played baseball for the Fordham Rams, including in a game against a Yale team that George W. Bush took part in.

His passion and knowledge for the sport never wavered, Kay says.

“What he was doing in 1951 in Brooklyn, it worked in the 2000s in L.A. I believe that he was a big part of baseball becoming popular on the West Coast,” Kay said.

The Daily News sports editors handpick the week’s best Yankees stories from our award-winning columnists and beat writers. Delivered to your inbox every Wednesday.

“He had to teach them big league baseball, and you heard stories that games at Dodger Stadium, everybody brought their transistor radio, so you heard Scully’s voice throughout the ballpark.”

Kay was honored with WFUV’s lifetime achievement award in 2018. He says Scully calling into his ESPN radio show to deliver the news is “one of the highlights” of his life.

“It makes you want to make everyone from Vin Scully to everyone who succeeded him proud,” Curry said.

“You want to be able to live up to those standards. I don’t think anyone will ever be as great at their job as Vin Scully was, but I think many of us who passed through those hallways and passed through that studio would like to believe that we drew inspiration from him in our own careers.”

The National Baseball Hall of Fame honored Scully with its annual Ford Frick Award for announcers in 1982, while the National Association of Broadcasters inducted him into its hall of fame in 2009.

“This is a guy who went ice skating with Jackie Robinson and called Clayton Kershaw’s games,” Kay said. “I don’t know if we’ll ever have that again.”

﻿A 6-year-old student. A 72-year-old man. They are two people separated by decades and thousands of miles, but united in one tragic fact: Both made national news in January after authorities said they committed horrific gun violence.The contrast – like...
Latest News

ST. LOUIS (AP) — A Missouri mother who reported that her infant twins were stillborn has been convicted of manslaughter.Maya Caston, 28, was convicted Friday of second-degree involuntary manslaughter and two counts of child endangerment. The St. Louis...
UK

Backers say the plans could generate billions for the area and up to 16,000 news jobs.