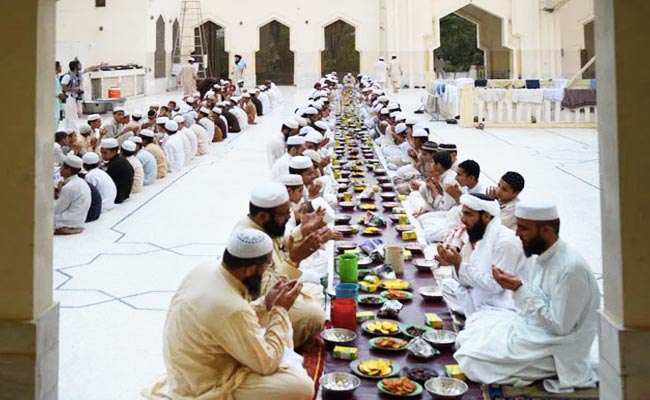 Amid row over loudspeakers, 5 Pune mosques say no to DJ music during upcoming Eid festival

In the wake of a controversy over the use of loudspeakers at religious places, authorities of five mosques in Pune and some other senior Muslim community members in Pune have decided to shun DJ music during the upcoming Eid celebration and utilise funds collected for it to help the poor and needy people.

They also appealed to the youth from the community not to play loud DJ music during the Eid al-Fitr celebration on May 2.

Everyone knows the ill-effects of such loud DJ music, which is not good for sick people and those with a weak heart, said Maulana Mohsin Raza, the imam of the Bhartiya Anjuman Qadariya Mosque in Lohiya Nagar area in Maharashtra’s Pune.

“So, we formed a core committee of five mosques in the area and convened a meeting of their imams and functionaries along with other senior members of the community and decided not to have DJ music during the Eid celebration,” he told Press Trust of India.

The funds usually collected to procure the DJ music system during the celebration will be used to provide aid to the needy and poor people in the area, he said.

Asked about the row over use of loudspeakers atop the mosques, he claimed all five mosques in the locality here follow the Supreme Court’s guidelines on noise pollution and the volume during ‘azaan’ is always kept low.

“The locality has a mixed population and so far, no one from the Hindu community has complained of any disturbance due to the playing of ‘azaan’. In fact, the communities here celebrate all the festivals in harmony,” Mr Raza said.

Yunus Salim Shaikh, a local Urdu teacher who is part of this core committee, said the formation of such a panel is a good step towards dealing with social issues.

“After the formation of the core committee, a decision has been taken to ban DJ music during the Eid celebration. During the namaz sessions in mosques, we are informing people from the community about the decision and counselling them. Fortunately, we are getting a good response from everybody,” he said.

Local resident and former corporator Yusuf Shaikh said the decision not to play DJ music during the Eid celebration has invoked a good response and they hope the same will be emulated in other parts of the city.

(Except for the headline, this story has not been edited by NDTV staff and is published from a syndicated feed.)