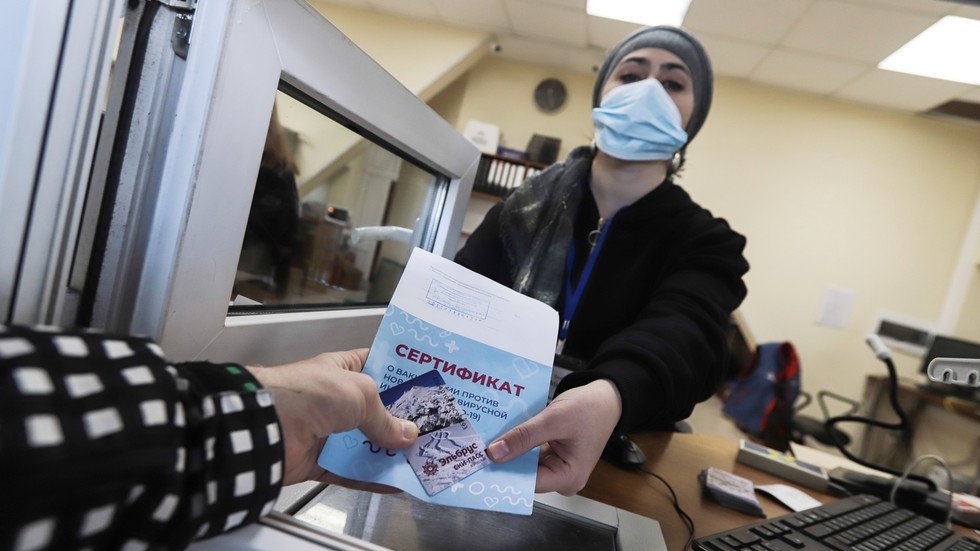 Russian citizens who buy and sell counterfeit coronavirus vaccine certificates should be summarily executed, a Russian regional lawmaker has argued, offering to pull the trigger as part of the firing squad himself.

Speaking during a meeting on Tuesday, Vladimir Sidorov, a deputy from the governing United Russia party serving on the regional Duma in Ryazan, proposed the harsh punishment for people who buy the documents in the city, southwest of Moscow. “It is necessary to shoot them,” he raged.

According to the lawmaker, he “would take part in the shootings” eagerly. “Be sure to do it! You and I have no other choice,” Sidorov urged his fellow representatives.


The speech quickly went viral online, drawing criticism from Russian social media users. However, the local politician has since sought to climb down from the remarks, saying he was overly emotional after losing his wife to Covid-19. However, he insisted that anyone purchasing fake proof of vaccination deserves to face “the toughest penalties.” He added that “no one likes restrictions, but immunization is the key for surviving the pandemic.”

Many Russian regions have introduced mobile-phone based QR codes for mass events, with some local leaders requiring people to demonstrate they have been vaccinated to enter bars, restaurants and cafes, or even to use public transport. Prior to the digital certificate, paper documents had been issued but were sidelined over fears of forgeries. However, adverts for counterfeit QR codes have since sprung up across the internet.

Sidorov’s comments coincide with a proposal from Russia’s Ministry of Health to introduce fines of up to $67,150 for those offering forged immunization certificates. The severity of the financial penalties are dependent on whether it is a repeat offense carried out by either an individual or a group.

Earlier this month, Russia’s Deputy Prime Minister Tatyana Golikova stressed that proof of vaccination should be just as important as a citizen’s passport after officials announced plans to make QR codes mandatory for long-distance public transport, as well as entering cafes and shops nationwide. Two proposals are now being considered by the Russian parliament.

Russia has been grappling with a fourth wave of Covid-19 infections, which has claimed more than 1,000 fatalities a day for more than a month, according to official tallies. Only around 58 million people have been fully vaccinated, according to government statistics – equating to just under 40% of eligible Russians.