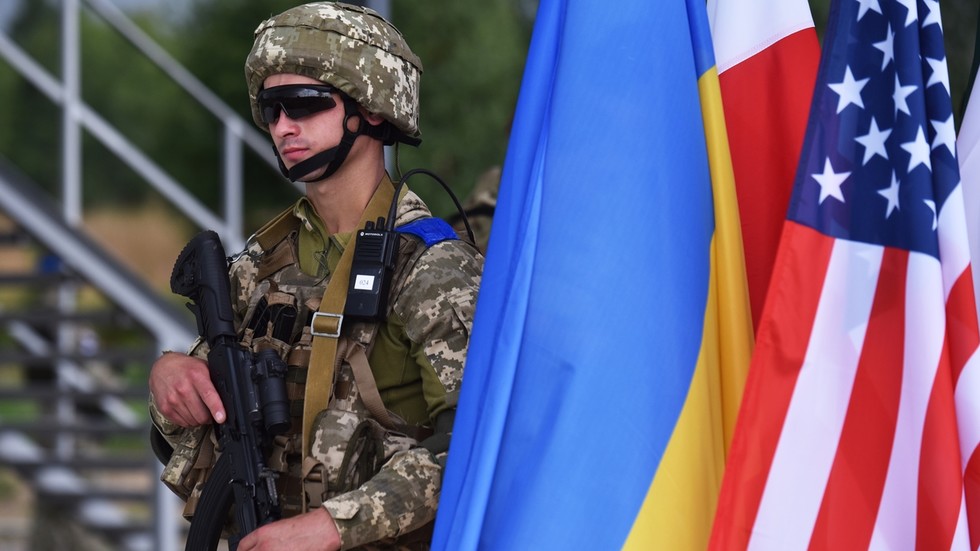 NATO’s “gradual invasion” into Ukraine has brought the US-led bloc right to Moscow’s “red line,” Kremlin spokesperson Dmitry Peskov told CNN. He said the situation poses an imminent threat to the European security as a whole.

Peskov on Sunday cited the documented western promises, which, he noted, have never been “fixed in a legally binding way,” guaranteeing that NATO would not expand further eastwards into the former Soviet bloc. In contrast to these promises, over the past few years NATO’s employed its “open door” policy to absorb several countries of the former Warsaw Pact. Moscow is drawing the line on this expansion in Russia’s next-door neighbor Ukraine, Peskov told CNN’s Fareed Zakaria in an interview aired on Sunday, as he explained the Kremlin’s position in detail.


“First, there were just words but with time we have seen the gradual invasion of NATO into Ukrainian territory, with its infrastructure, with its instructors, with supplies of defensive and offensive weapons, teaching Ukrainian military and so on,” Peskov said.

Peskov went on to say that these moves have brought NATO directly “to the red line,” creating a situation which constitutes a “real threat” both for Russia and for the whole “European [security] architecture.” Russia has a 3,000-kilometer border with Ukraine, which, until the Ukrainian civil war broke out in 2014, was almost completely unfortified.

Such circumstances, which Moscow “couldn’t tolerate anymore,” prompted President Putin to come up with a set of proposals aiming to improve collective security, Peskov said.


The Russian proposals include guarantees that NATO would not expand eastwards and that no former Soviet country bordering Russia would be permitted to join the alliance. The US and NATO – which on Sunday was branded by Peskov “a weapon of confrontation” – have already rejected these specific proposals. Unless a compromise is found, Peskov said this leaves the tensions to escalate further – the fact that the Kremlin spokesman called “disturbing.”

In another part of Sunday’s interview, Peskov said Moscow “will be ready to take counter-actions,” should NATO’s deployments to Ukraine continue, though he stressed this did not mean an all-out military action.

At the start of the interview, CNN’s Zakaria told Peskov that, according to “some people,” Russia has itself “created this crisis.” Kiev and Washington have insisted for months that Russia has been “amassing” troops at the Ukrainian border preparing for an “invasion.” Moscow has repeatedly denied having any plans of invading its neighbor, with Peskov again dismissing the idea on Sunday, while pointing finger at NATO threatening Russia’s security over the past two decades.