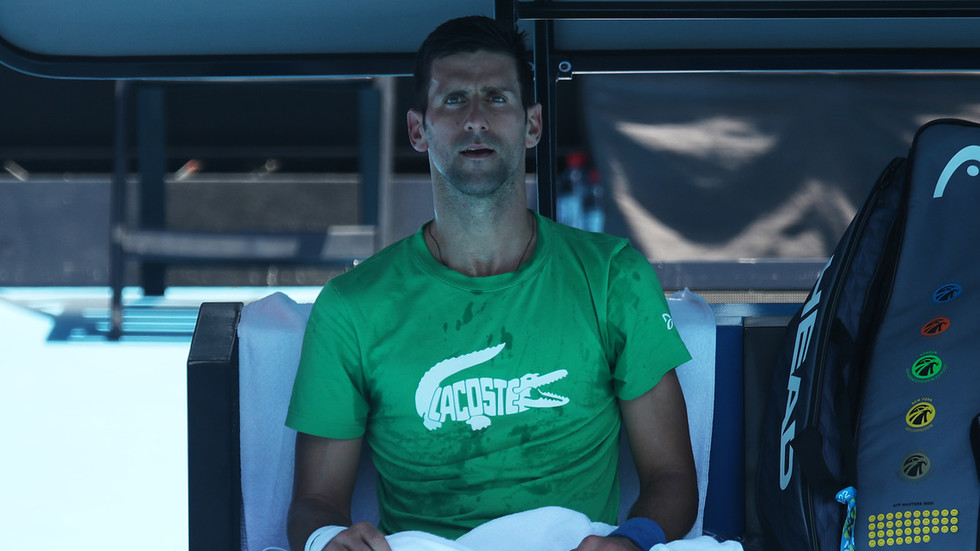 Novak Djokovic has learned the day of his first-round match at this year’s Australian Open, should he remain in the country

Defending champion Novak Djokovic has been scheduled to start his Australian Open campaign on Monday, despite facing a Sunday court hearing on his right to remain in the country.

Australian Immigration Minister Alex Hawke intervened to cancel Djokovic’s visa on Friday, triggering another appeal from the tennis star’s legal team for him to stay in Melbourne.


READ MORE:
Djokovic to be detained again as lawyers set out ‘anti-vaxxers’ argument

After a late-night court hearing, it was determined that Djokovic will not be detained on Friday night but will be in the custody of immigration officials from Saturday morning ahead of his new case scheduled for Sunday.

The developments have cast major doubt on Djokovic’s ability to defend his Australian Open title when the main draw gets underway on Monday.

The top halves of the #AusOpen men’s and women’s singles draws will be played on Monday.

Djokovic could have been handed some extra breathing space by organizers if his first-round meeting with fellow Serb Miomir Kecmanovic had been scheduled for Tuesday.

However, it was confirmed on Friday that the top half of the draw – including top seed Djokovic – would be in action on the opening day of the tournament at Melbourne Park on Monday.


There has already been discussion surrounding what the draw would look like in the event that Djokovic loses his latest bid to remain Down Under.

If that happens, Djokovic’s place at the top of the draw will be taken by Russian fifth seed Andrey Rublev, who as things stand has been scheduled to meet Italy’s Gianluca Mager.

Rublev’s vacated spot against Mager would then be taken by 17th seed Gael Monfils. In turn, Kazakh world number 35 Alexander Bublik shift to occupy the Frenchman’s slot to play the unseeded Federico Coria of Argentina.

The spot potentially vacated by Djokovic will be decided after qualifying is completed.

Djokovic will still hope that he is still in contention for a record 21st Grand Slam title come Monday.

The nine-time Australian Open champion defeated Russia’s Daniil Medvedev in last year’s final, although this time round the Serb’s fate partly rests in the hands of his legal team.


READ MORE:
There’s no spinning it – Australian officials should be ashamed of Novak Djokovic treatment