Biden is the ‘common denominator’ in mounting crises: Rep. Biggs 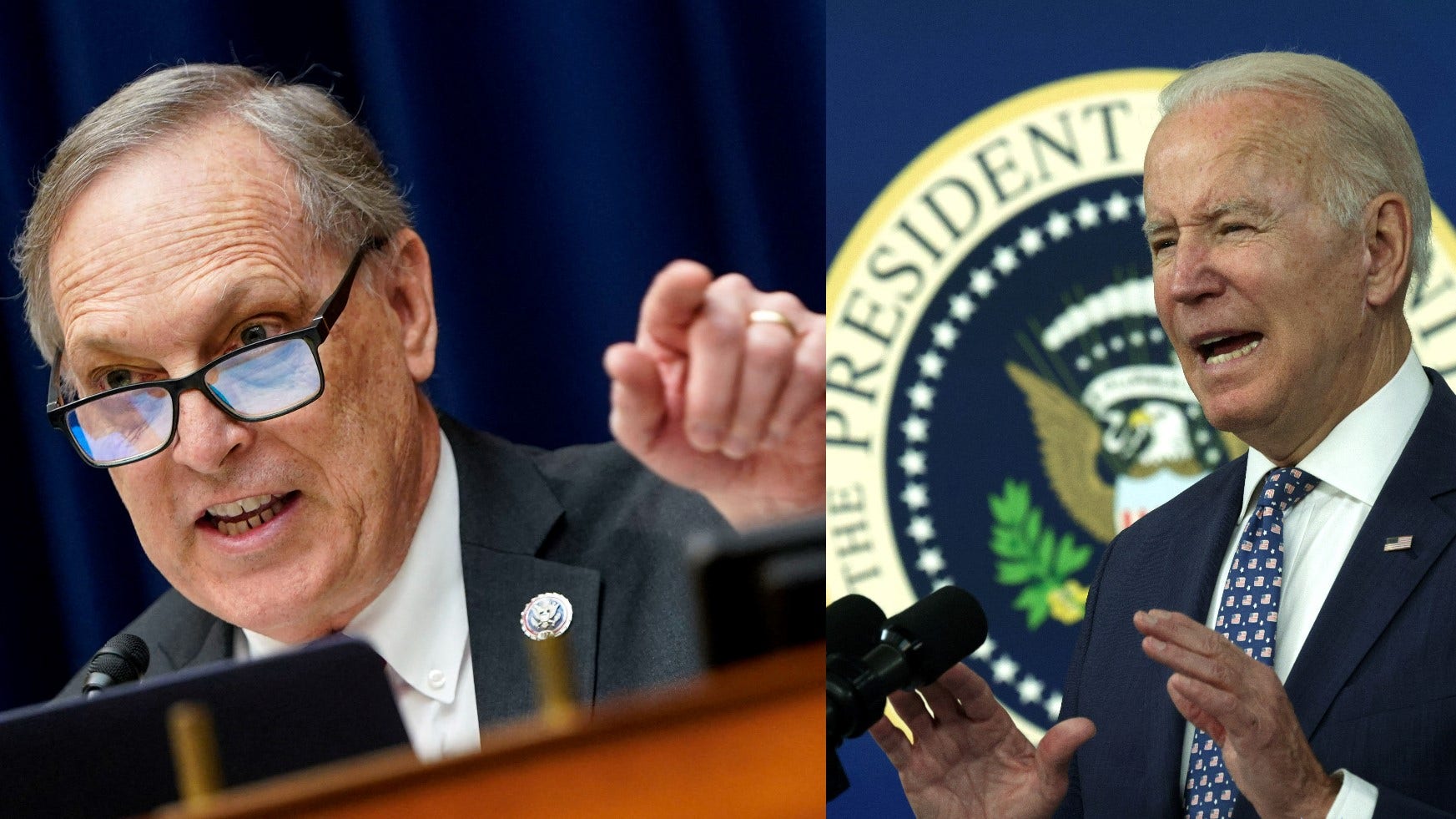 Jim Jordan tells ‘The Ingraham Angle’ it costs more to buy a home, rent an apartment, buy food, gas, Thanksgiving turkeys or Christmas presents — but Biden is hanging out in Nantucket at a billionaire’s house.

Republican Arizona Rep. Andy Biggs slammed President Joe Biden Wednesday evening for being “out of touch” and the “common denominator” in mounting crises in America, including rising inflation, unchecked illegal immigration, supply-chain bottlenecks, “kill[ing] the energy sector,” and so on.

“There’s a common denominator to all this, and it’s Joe Biden … He’s the guy that’s going to be living it up like he’s some kind of king or monarch, while the rest of [us are] serfs and peasants,” Biggs said on “The Ingraham Angle.”

President Joe Biden delivers remarks on the debt ceiling during an event in the State Dining Room of the White House, Monday, Oct. 4, 2021, in Washington.
(AP Photo/Evan Vucci)

Biden drew fierce criticism from Republicans for spending Thanksgiving in Nantucket, Massachusetts, at a billionaire’s estate while Americans suffer under the costs of rising inflation.

The prices of turkey soared this year, up 24%.

“They’re about one dollar more … not to minimize that – any increase in prices is something the President is concerned about … But I just want to be clear that there are [an] abundance of turkeys available,” Psaki said.

White House Press Secretary Jen Psaki speaks during the daily press briefing at the White House November 12, 2021 in Washington, DC. This was Psakis first day back in person after she contracted COVID-19.
(Photo by Drew Angerer/Getty Images)

“This was kind of what was expected from this administration that has screwed up everything they have touched,” Ohio Rep. Jim Jordan said about Biden’s mounting crises. “What is Joe Biden doing hanging out on Nantucket at a billionaire’s house, eating lobster? … The American people get how bad this administration is.”

Jordan went on to slam Biden’s Build Back Better bill and the president’s belief that passing it would help the record-high inflation numbers. From October 2020 to October 2021 inflation rose to 6.2% – its highest since November 1990.

“To have Joe Biden just a few weeks ago say something as dumb as he did where he said, ‘Oh if we spend $2 trillion more, it will help inflation.’ There’s not a sane person on the planet who believes that this bill, if it does pass here in the Senate [will accomplish that] – let’s hope it doesn’t [pass]. It’s only going to exacerbate the 31-year high inflation rate we’re currently experiencing. So the American people get it. And that’s why 71% of the country think we’re on the wrong track,” Jordan said.

When discussing another crisis under the administration – Afghanistan – Biggs said Biden – as well as Secretary of Homeland Security Alejandro Mayorkas-  should be “fired.”