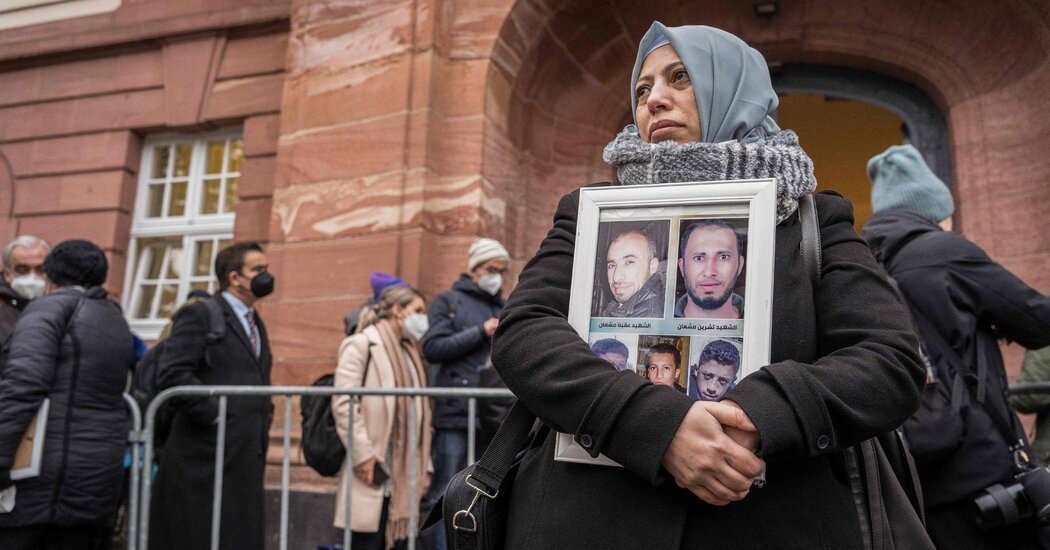 A court in Germany found a former Syrian security officer guilty of crimes against humanity on Thursday, the highest-ranking Syrian official to be held accountable for abuses committed by the government during a decade of civil war.

The former officer, Anwar Raslan, was accused of overseeing a detention center where prosecutors said at least 4,000 people were tortured and nearly 60 killed. He was sentenced to life in prison.

The verdict marks a watershed moment for an international network of lawyers, human rights activists and Syrian war survivors who have struggled for years to bring officials who sanctioned or participated in the violence to justice.

Through nearly 11 years of civil war, the Syrian government bombed residential neighborhoods, used poison gas and tortured countless detainees in state lockups, but until now, no high-level officials had been held accountable for these acts, which human rights lawyers describe as war crimes.

Mr. Raslan’s guilty verdict, they say, bolsters the ability of European courts to pursue similar cases while sending a message to war criminals around the world that they could one day face consequences.

“This is the first time that members of the Assad regime have had to stand trial before an ordinary criminal court,” said Stefanie Bock, director of the International Research and Documentation Center for War Crimes Trials at the University of Marburg in Germany. “This sends a clear message to the world that certain crimes will not go unpunished.”

But while Mr. Raslan held a high rank in the security services, he was more of a cog than a pillar in the government of President Bashar al-Assad and its vast apparatus of repression.

After more than a decade of war, Mr. al-Assad remains in power, and there appears little chance that he or his senior advisers or military commanders will stand trial soon. They rarely travel abroad, and only to countries they can count on not to arrest them, like Russia, a staunch supporter of Mr. al-Assad.

Other potential avenues for justice have also been blocked. Syria is not party to the International Criminal Court in The Hague, and Russia and China have used their vetoes on the United Nations Security Council to prevent Syria from being referred to the court.

Germany is among a few European countries that have sought to try former Syrian officials for war crimes based on universal jurisdiction, the principle of international law that says that some crimes are so grave that they can be prosecuted anywhere.

That is how Mr. Raslan ended up on trial in the Higher Regional Court in Koblenz, a small city in western Germany.

Mr. Raslan, 58, oversaw a security office and detention center in Damascus during the early days of the war.

German prosecutors argued that his position gave him oversight of torture that included beating, kicking, electric shocks and sexual assault. Witnesses in the trial said they were fed inedible food, denied medical care and kept in overcrowded cells.

At least 58 people died because of abuse under Mr. Raslan’s authority, prosecutors said. In a statement to the court, Mr. Raslan denied that he had been involved in torture.

He entered Germany as a refugee in 2014 and lived there legally until the German authorities arrested him in 2019.