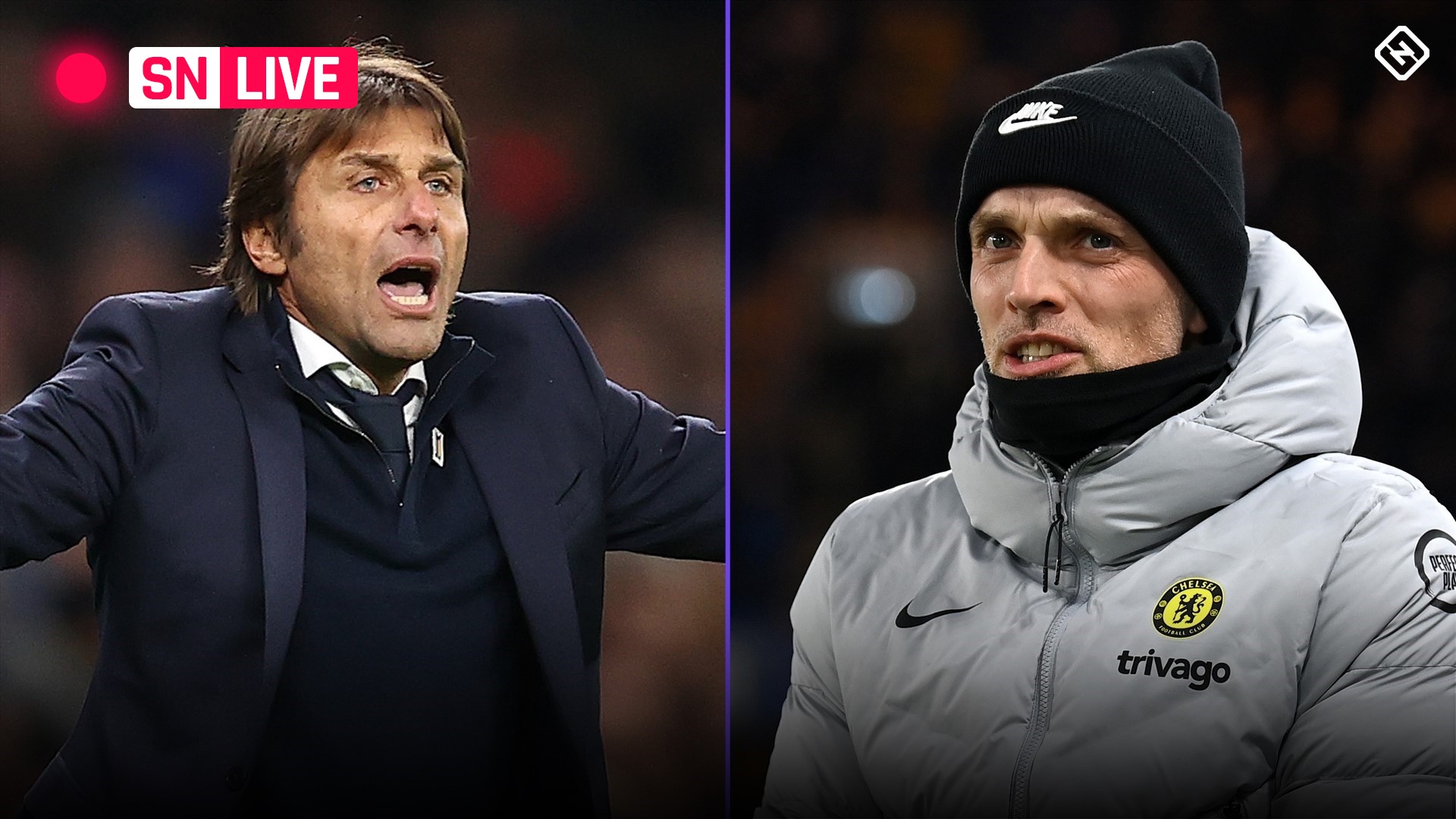 Tottenham has a mountain to climb as Spurs host Chelsea in the second leg of their Carabao Cup semifinal matchup on Wednesday.

Chelsea holds a 2-0 aggregate lead after a Kai Havertz strike and Ben Davies own-goal gave the Blues a deserved first-leg advantage. Tottenham manager Antonio Conte admitted after the match that Spurs are miles behind Chelsea in terms of talent, but that won’t stop his side from fighting for a spot in the finals.

Spurs need a two-goal victory to send the matchup to penalties, while a three-goal romp would be necessary to avoid penalties and advance directly.

MORE: Do away goals count in Carabao Cup semis?

Chelsea, meanwhile, is set up nicely, just needing to avoid a major letdown to book a spot in the final at Wembley.

Sporting News will be following the event live and providing score updates, commentary and highlights as they happen.

32nd minute: Spurs finally get on the front foot and Hojbjerg fires from distance, a great effort that’s just deflected wide. The ensuing corner gets Kane involved as its flicked to him at the far post but just out of his reach. Kane nearly went sliding into the post itself dangerously but managed to avoid injury. Promising, but not yet enough.

25th minute: Relentless Chelsea possession, as they now have held 72% possession through the first 25 minutes of the match, despite conceding the first five minutes or so to Spurs. The Blues are convincing.

18th minute: GOAL! Chelsea! Antonio Rudiger has almost certainly put Chelsea into the final at Wembley. Off a corner, Spurs goalkeeper Pierluigi Gollini came out to punch, and he didn’t get there before Rudiger who headed into the empty net. Chelsea had controlled the last 10 minutes after weathering the early Spurs pressure, and the goal was coming. You have to wonder at what point Chelsea decides to give Rudiger a blank check to keep him from leaving this summer.

Antonio Conte may be rueing his decision to sit Hugo Lloris. Before, Spurs needed to climb a mountain, now they need a rocket to space to turn this around.

Chelsea had totally controlled the last 5-10 minutes, moving the ball around Spurs far too easily, and there they got their reward. V poor from Gollini as well.

Then…bang, a long ball from the back is on a platter for Romelu Lukaku, who nearly opens the scoring but is just put off by Davinson Sanchez.

This is really how I expected Chelsea to play. The Blues aren’t going to force anything, they’re really comfortable just kicking the ball about and waiting for Spurs to open up. The onus is on the home side#TOTCHE

7th minute: Spurs showing the early intent they need. Christensen hacks down Lo Celso, but Kane’s free-kick from just outside the top of the box is smashed into the wall. Ronaldo-esque.

3rd minute: It appears Chelsea has situated itself as a 4-2-2-2 instead of the usual 3-4-3 Tuchel likes to deploy. Malang Sarr is playing left-back. Has Ralf Rangnick shown up in a Chelsea shirt?

1st minute: We’re under way! As commentator Peter Drury notes on kickoff, Tottenham cannot concede the first goal. They must score the first goal, in any way, shape, or form. Otherwise they’re sunk.

2:41 p.m.: History suggest Chelsea will come through unscathed. The demons of a past slip on a big European stage have been all but exorcised.

13 – In all competitions, Chelsea have progressed from each of their last 13 two-legged ties when winning the first leg, since going out to Liverpool in the 2006-07 Champions League semi-final. Command. #TOTCHE

2:37 p.m.: Spurs certainly won’t go down without a fight, but will they have enough to turn this tie on its head?

2:00 p.m.: Lineups are in. American international Christian Pulisic is on the Chelsea bench, along with last leg’s goalscorer Kai Havertz. Instead, Thomas Tuchel has chosen captain Cesar Azpilicueta and Calum Hudson-Odoi as the wing-backs.

For Tottenham, Antonio Conte may be conceding somewhat, with regular goalkeeper Hugo Lloris rested. Harry Kane is in the Spurs lineup, however, while Giovani Lo Celso gets a rare start in midfield.

Full lineups are listed below.

Tottenham is a mostly healthy side, but there is one big injury absence that will affect its chances in this match. Attacking force Heung-min Son is out for a month with a muscular problem that he didn’t feel until the day after the first leg at Stamford Bridge. That’s a big blow to a Spurs side already down by two goals and lacking goalscoring prowess of late.

Steven Bergwijn is also out due to a calf injury, plus the rumors surrounding his possible January exit. Eric Dier is a question mark due to a non-COVID related illness, and Cristian Romero could also make his return now that he’s back in training.

That has left Antonio Conte to name a weaker lineup, instead preferring to save the first-teamers for Saturday’s huge Premier League match against rivals Arsenal. While plenty of regulars like Davinson Sanchez, Harry Kane, and Pierre-Emile Hojbjerg are listed, Gio Lo Celso gets a rare start as does Matt Doherty, with goalkeeper Hugo Lloris rested.

Chelsea is lacking defensive options, but got good news that Cesar Azpilicueta‘s struggles were due to nothing more than cramps and he continues on as Chelsea’s captain. Thiago Silva had tested positive for COVID-19 and while he returns, he only makes the bench, leaving Malang Sarr back in the lineup. N’Golo Kante is in the same boat, alongside the Brazilian defender amongst the substitutes.

Reece James and Ben Chilwell are out with their long-term injuries, while Trevoh Chalobah is also a miss with a hamstring strain. Edouard Mendy is on AFCON 2022 duty (and also tested positive for COVID-19 while with Senegal), so Kepa Arrizabalaga is the man in net for the forseeable future.

Thomas Tuchel has gone with Azpilicueta as a wing-back opposite Calum Hudson-Odoi, while preferring the out-of-form Timo Werner ahead of last leg’s goalscorer Kai Havertz up front. American Christian Pulisic is on the bench as well.

How to watch Tottenham vs. Chelsea

The Wednesday EFL Cup semifinal second leg between Tottenham and Chelsea from London will be broadcast exclusively on ESPN’s streaming service, ESPN+.